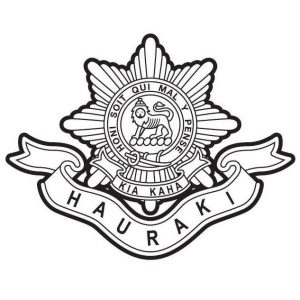 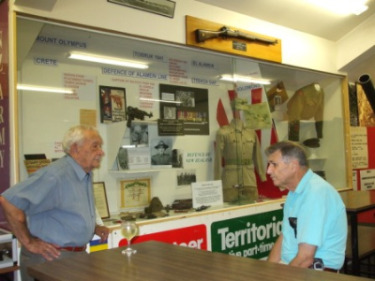 Aubrey Balzer & Trevor Archer deep in memories, with the help of a wine or two!

To achieve this Objective the 6 Hauraki Association:

The Hauraki Regiment was formed on 9 July 1898 as the 2nd Battalion (Hauraki), Auckland Rifle Volunteers. With the introduction of Compulsory Military Training and the formation of the Territorial Force in 1911, the Battalion became sixth in the order of seniority. It retained this status with the formation of the Royal New Zealand Infantry Regiment in April 1964. 6th Battalion (Hauraki) is unique among the Territorial Force battalions of the New Zealand Army in that it is the only one never to have been amalgamated. For this reason, the Battalion has been allowed to retain its own cap badge.

Numerous volunteer soldiers from the Hauraki region served in South Africa as mounted riflemen. One of these volunteers, Trooper George Bradford, became the first New Zealand soldier to die in an overseas war when he died of his wounds. Prior to going to South Africa Trooper Bradford had been a Quartermaster Sergeant in the Hauraki Regiment and had been appointed Sergeant Major of the Regiment.

The Hauraki Regiment provided 250 man companies for the three battalions of the Auckland Regiment during World War 1. These companies fought with distinction throughout the war and the battle honours they earned are part of the modern unit’s history.

Soldiers from the region fought in the 18th, 21st, 24th and 29th Battalions during World War 2. Many soldiers from the Regiment served with the 28th (Maori) Battalion, two of whose Companies were drawn from the Hauraki Regiment area.

Soldiers from the Regiment also volunteered for service in Korea, Malaya, Borneo, and South Vietnam. The 6th Battalion (Hauraki ) RNZIR was one of the first TFV Infrantry Battalions to send Officers as observers to United Nations missions in the Middle East.

Probably the most famous Hauraki was Lieutenant General Lord Bernard Freyberg VC, General Officer Commanding 2nd (NZ) Division during World War Two, and Governor-General from 1946-52. General Freyberg was first commissioned into the Hauraki Regiment in 1911 while working as a dentist in Morrinsville.

Since the first New Zealand mission to East Timor in 1999, members of the unit have been active in volunteering for overseas service. The unit has provided contingent’s of volunteers to East Timor, Bouganville, Solomon Islands, Afganistan & Timor Leste.

For more information:
COMRADES BRAVE A history of the Hauraki Regiment – Richard Taylor
Click here to see the Battalion Website 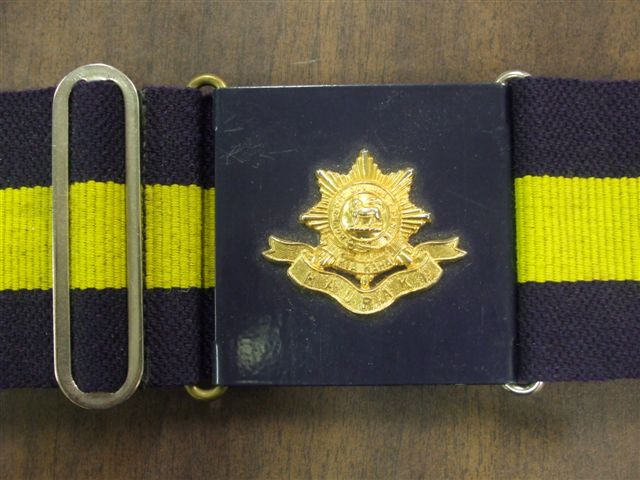